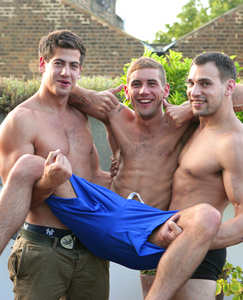 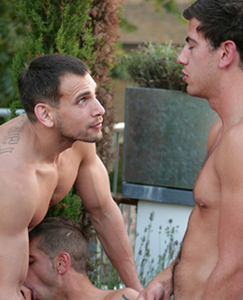 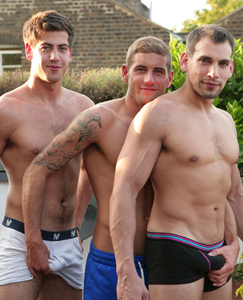 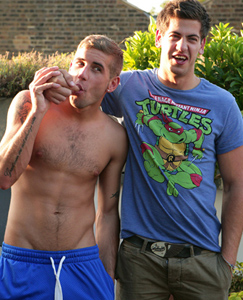 We take Dan Broughton, sprinkle in a little later afternoon sunshine and mix him with the Mitchell Brothers and you end up with fireworks! Doug has been quietly progressing from solo to fucking a guy; his older brother has just done a solo. So today you put them together and it seems like there is a competition between them and Dan not one to miss an opportunity is being the usual mischievous catalyst! Older brother Karl seems to start it all off offering to wank off Dan, he then dares Doug into doing it and the rest of the shoot follows this pattern. I cant believe Doug is sucking Dan, though he only did that because brother Karl put him under pressure! I love family rivalries like this, Doug and Karl scored so many 1stâ€™s I lost count! After all this playing Doug gushes a massive load on Dan who so excited having so much cock dumps three seconds later!

Photographs from the shoot 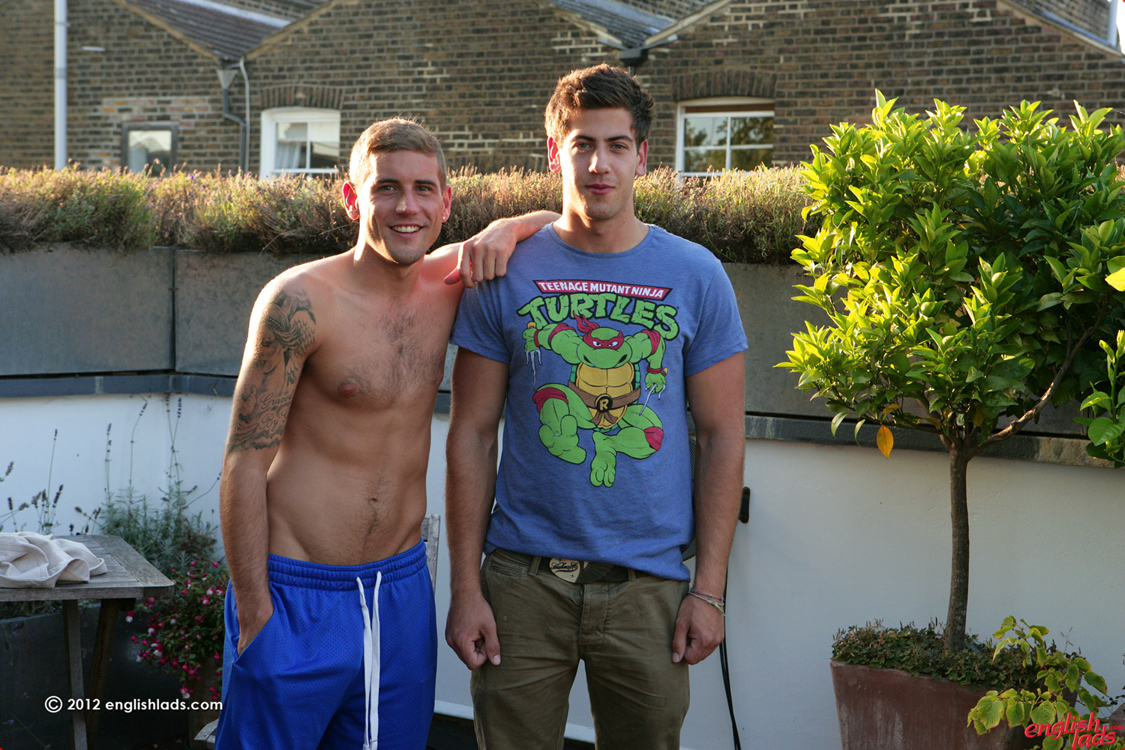 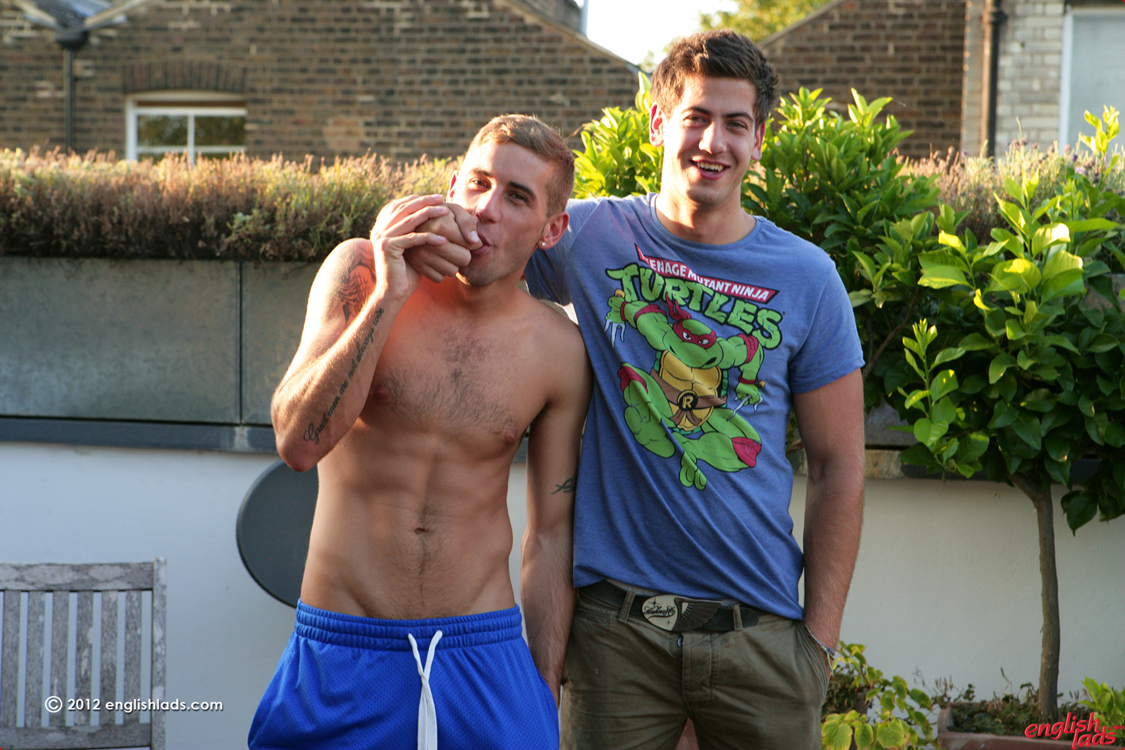 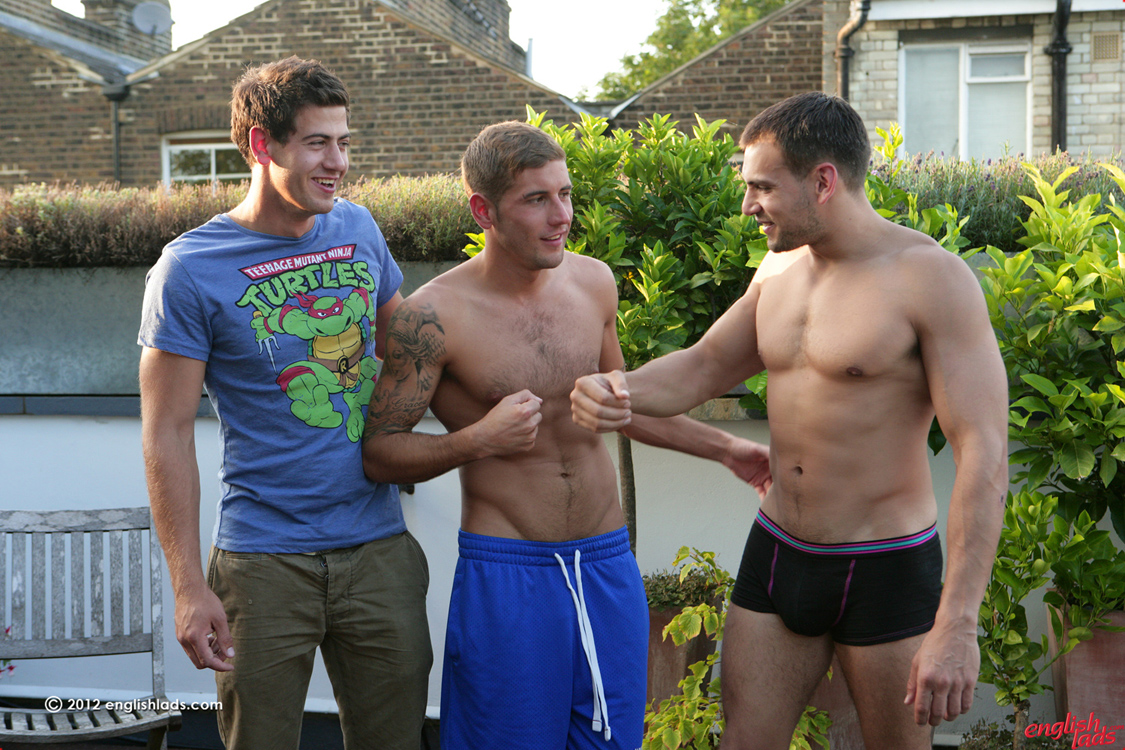 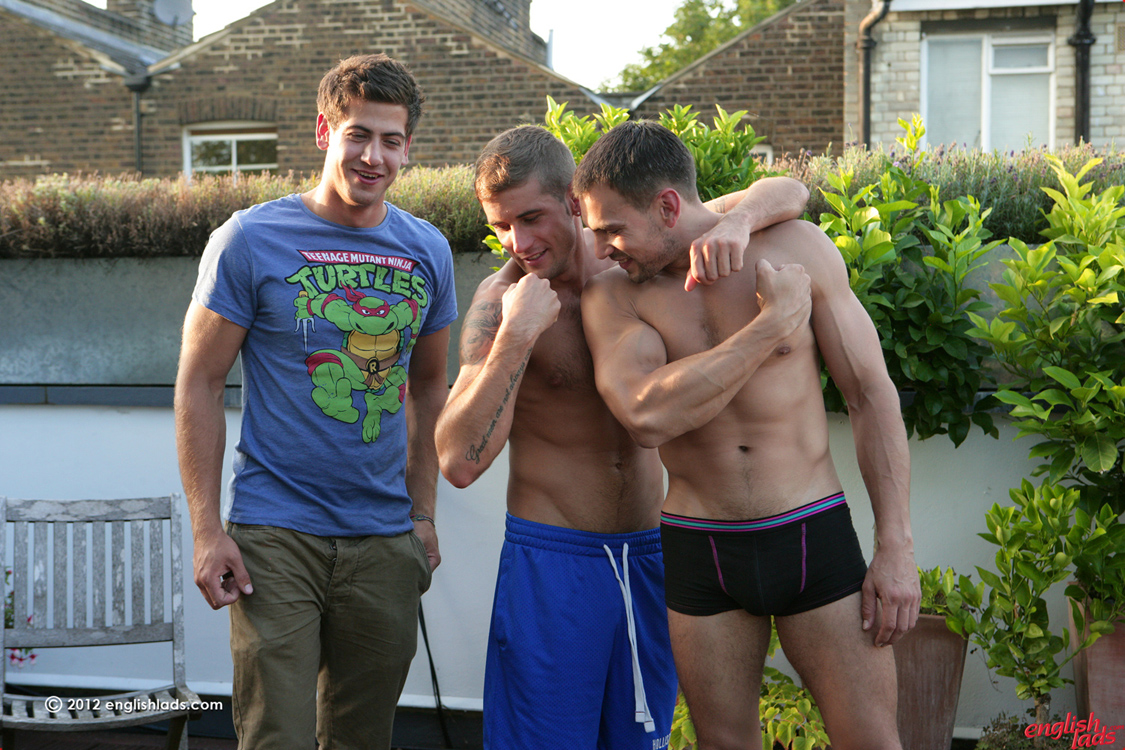 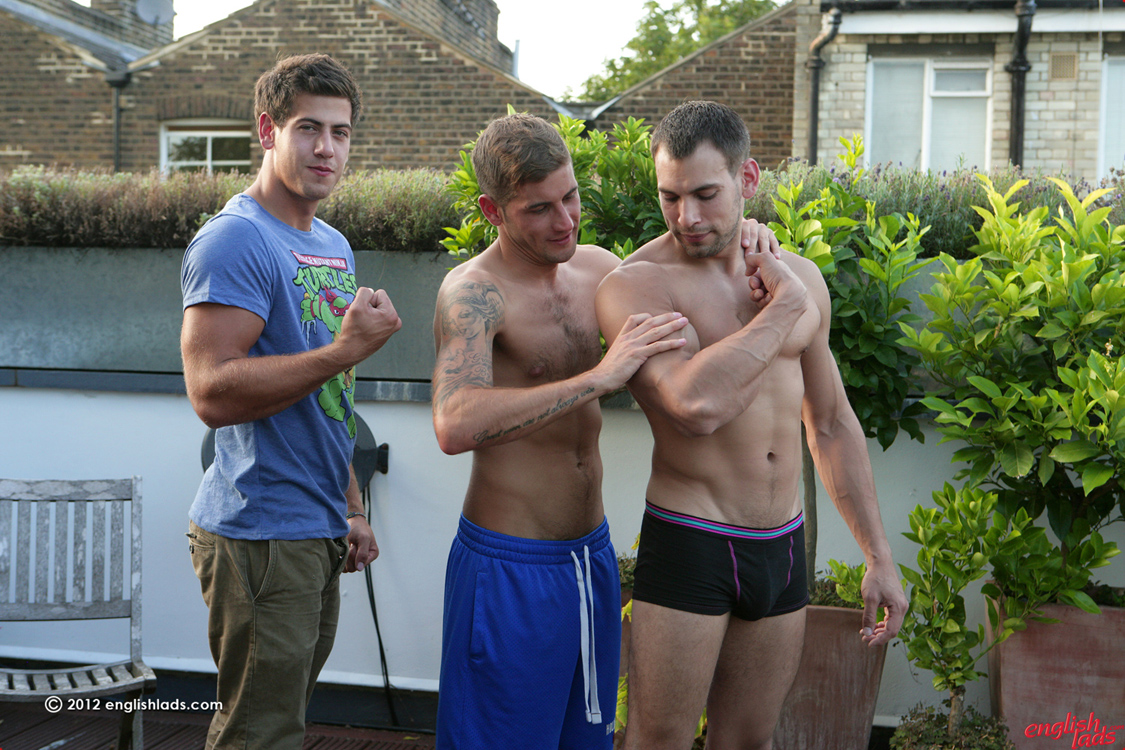 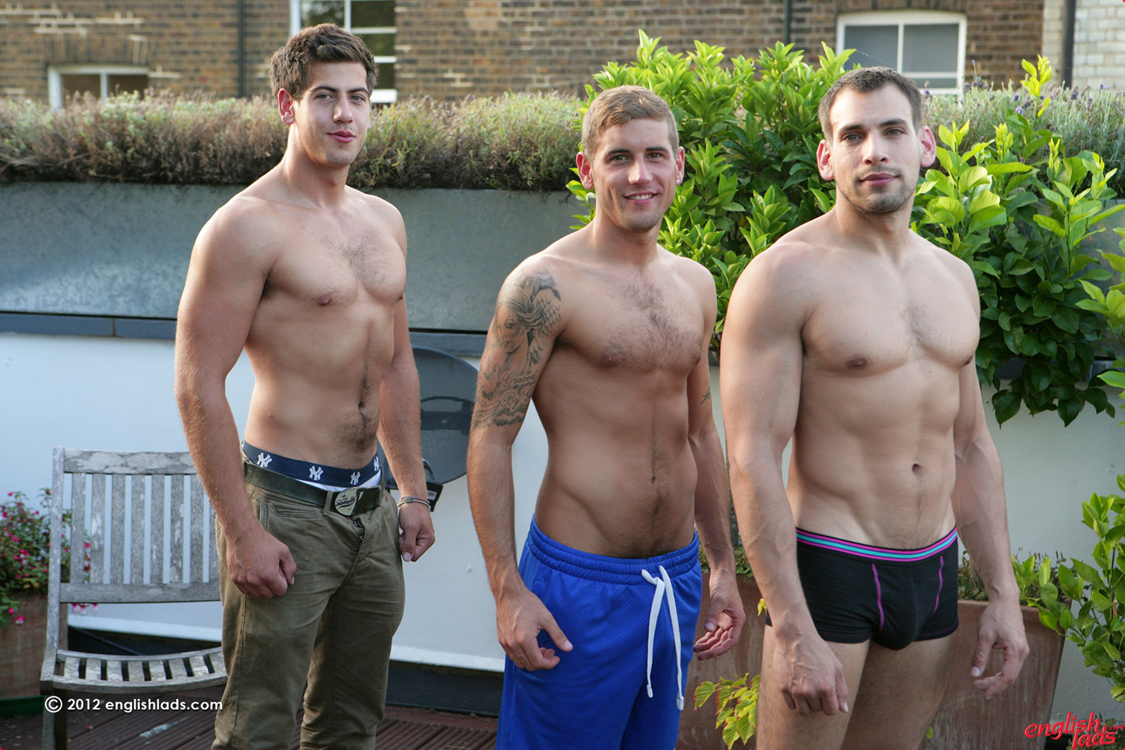 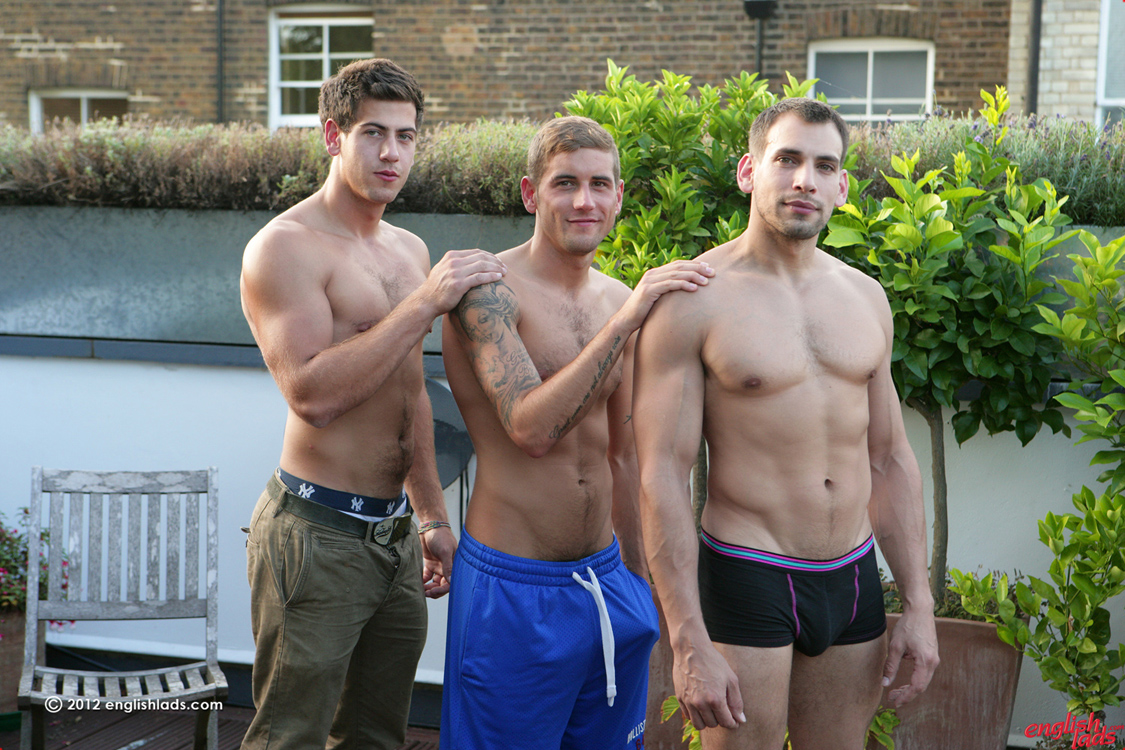 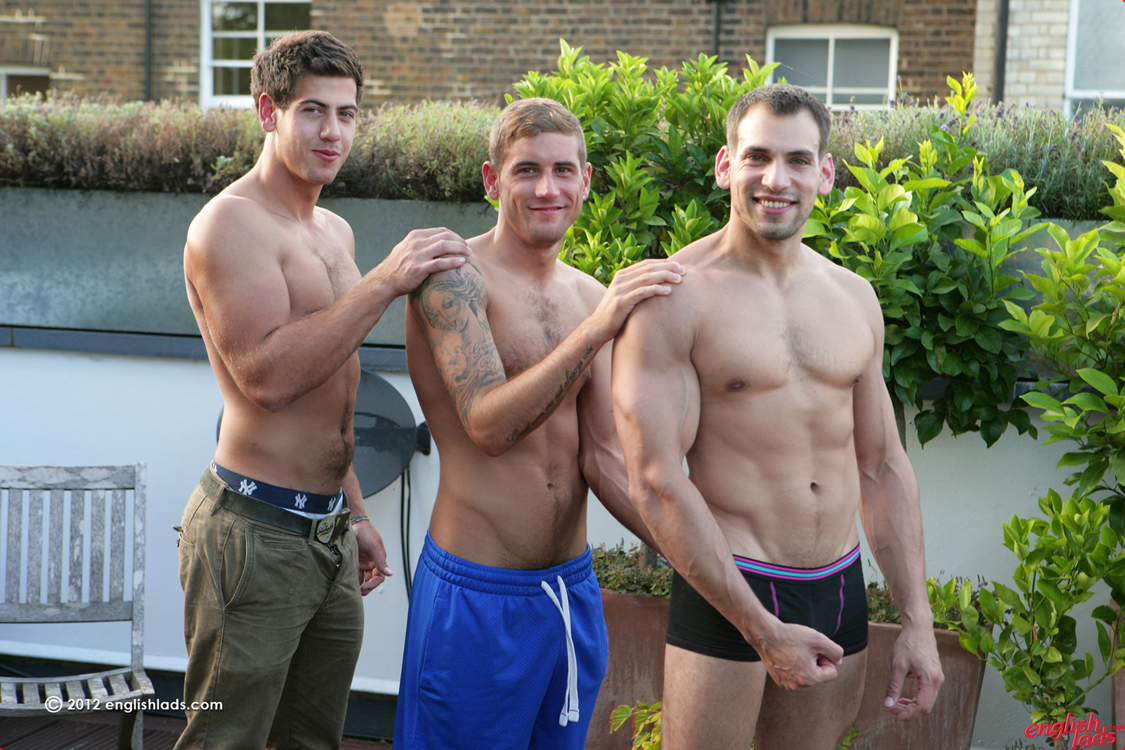 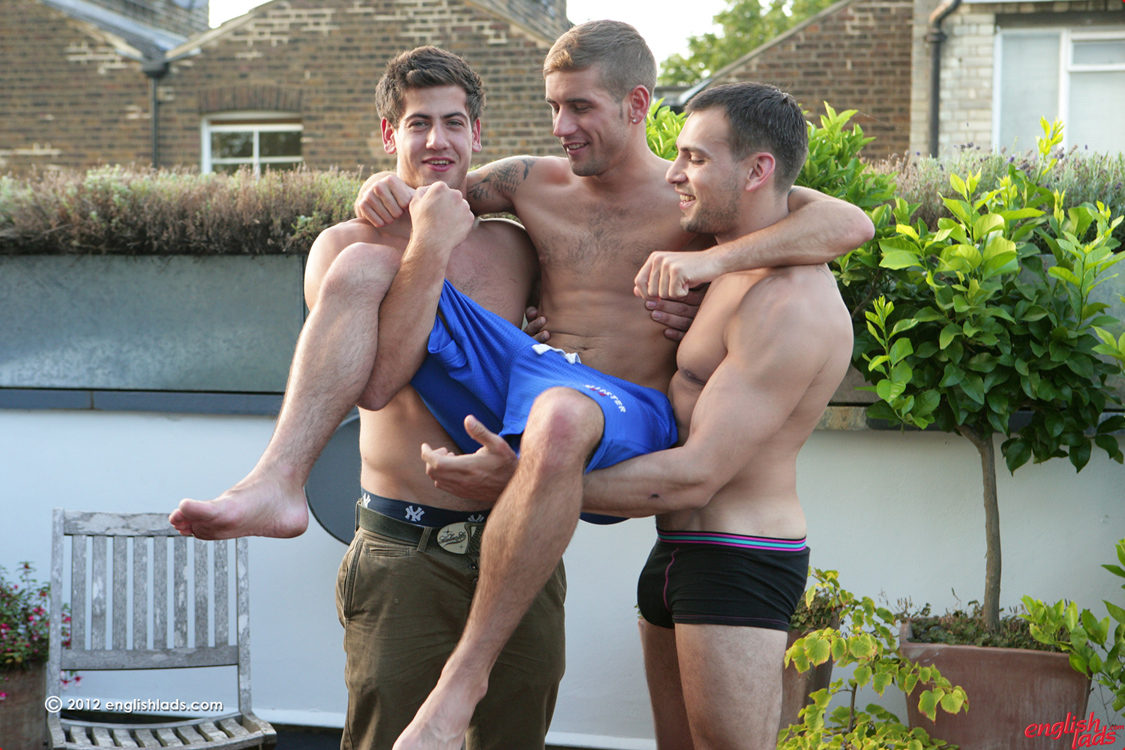 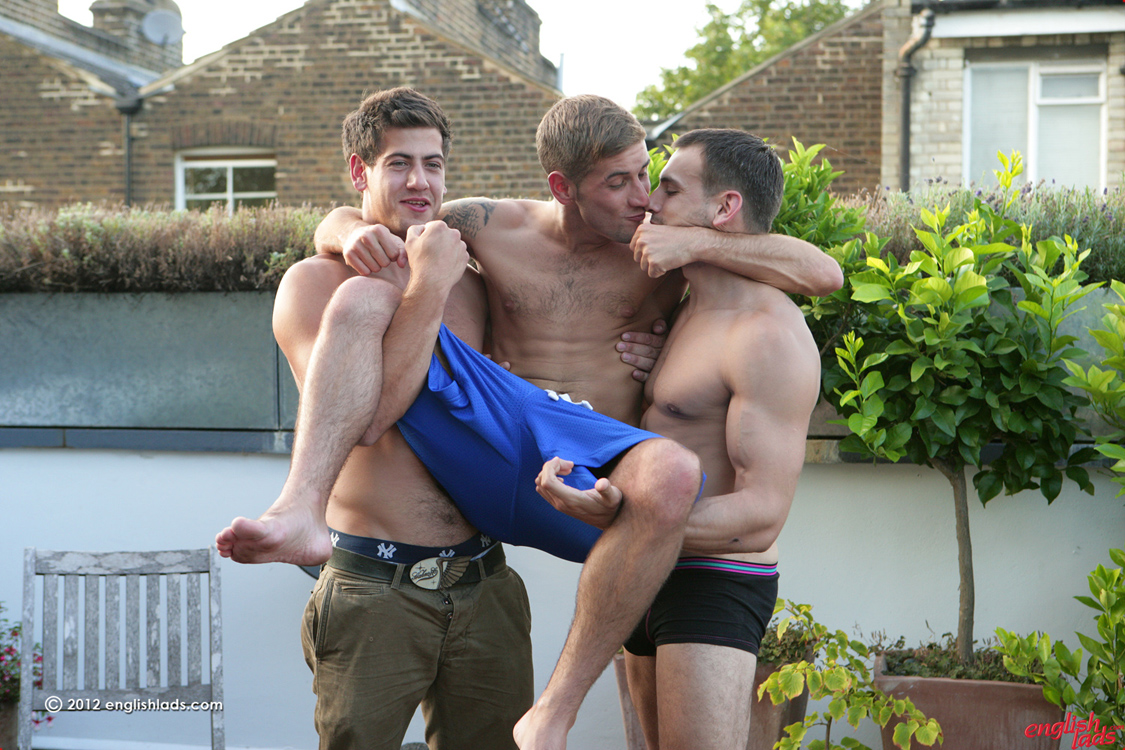 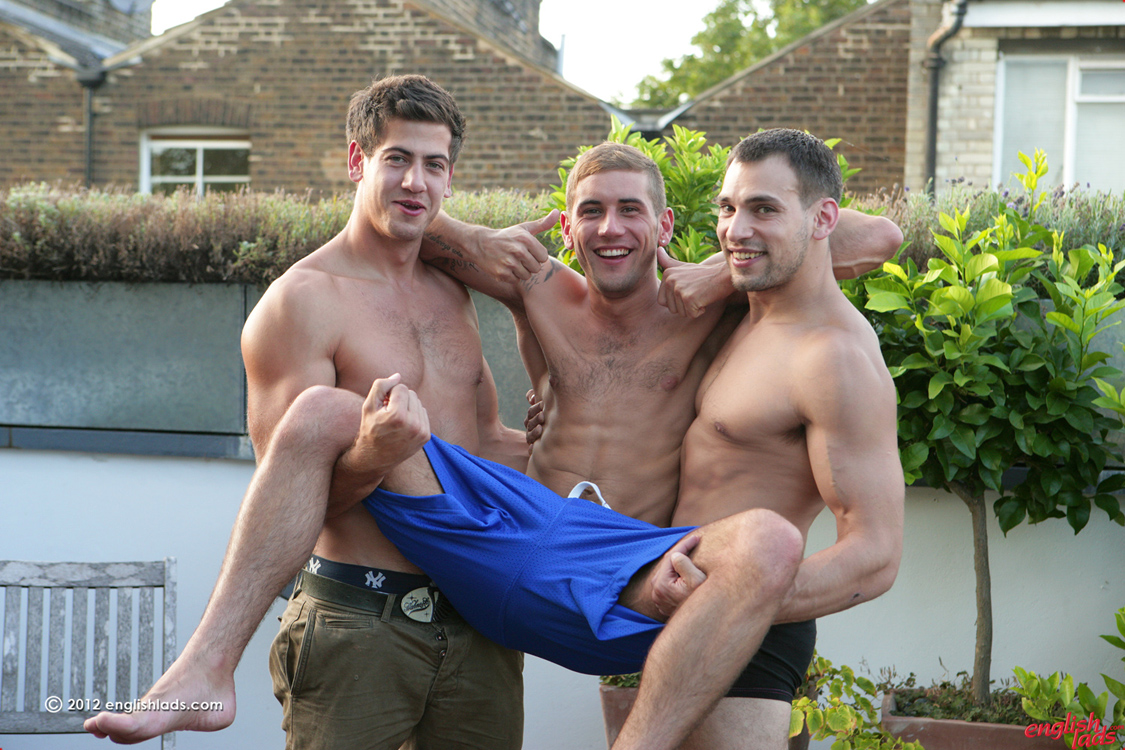 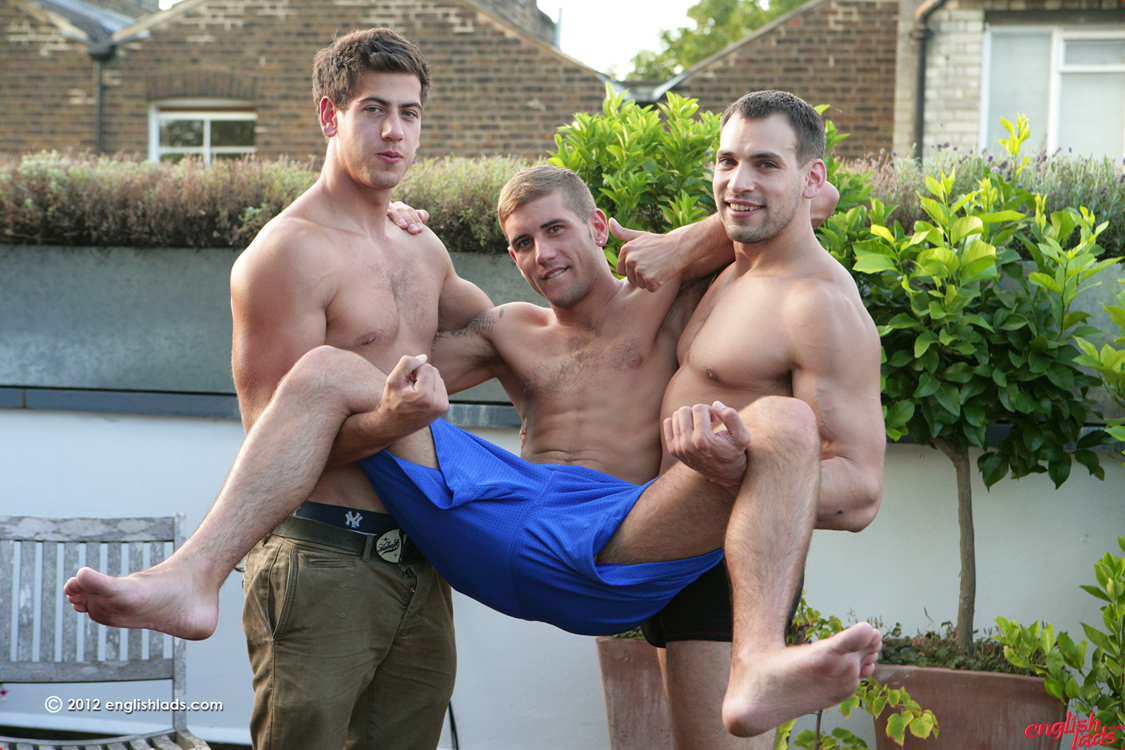 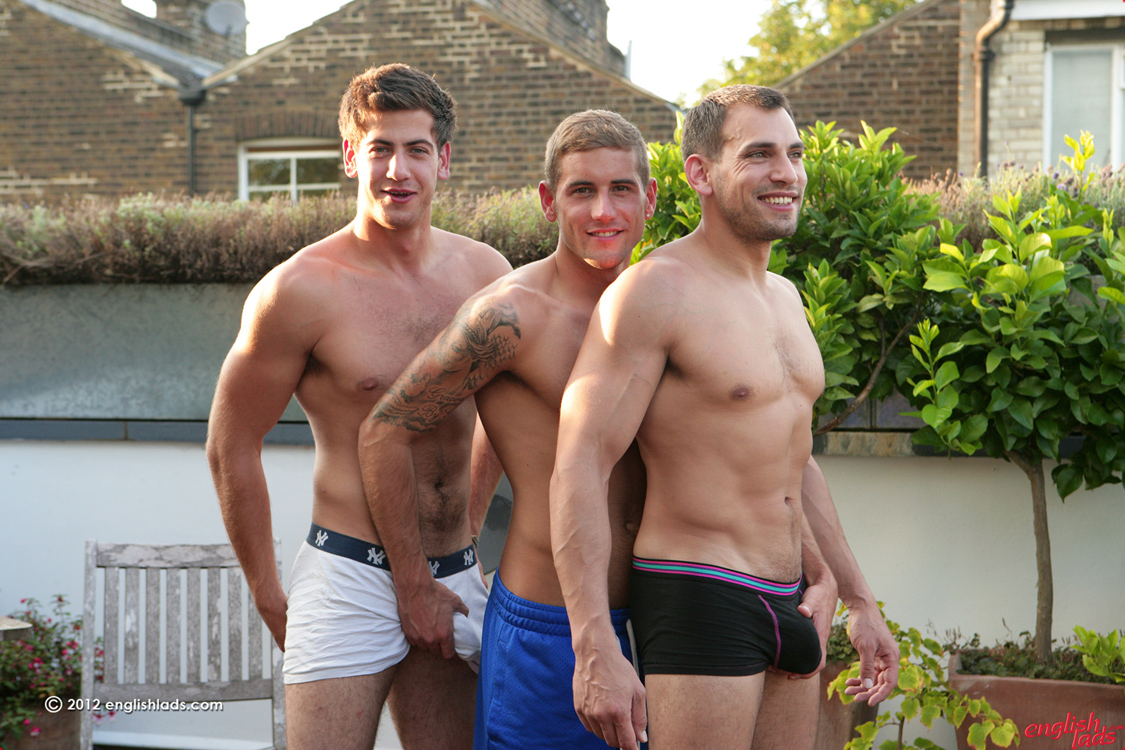 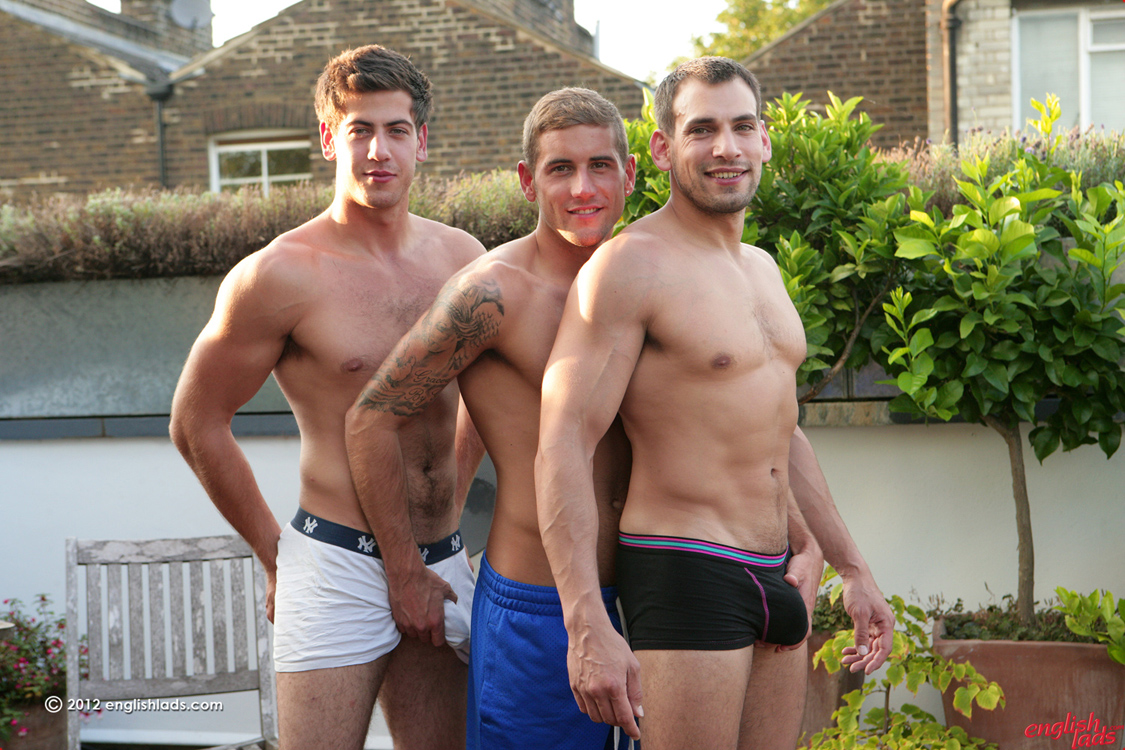 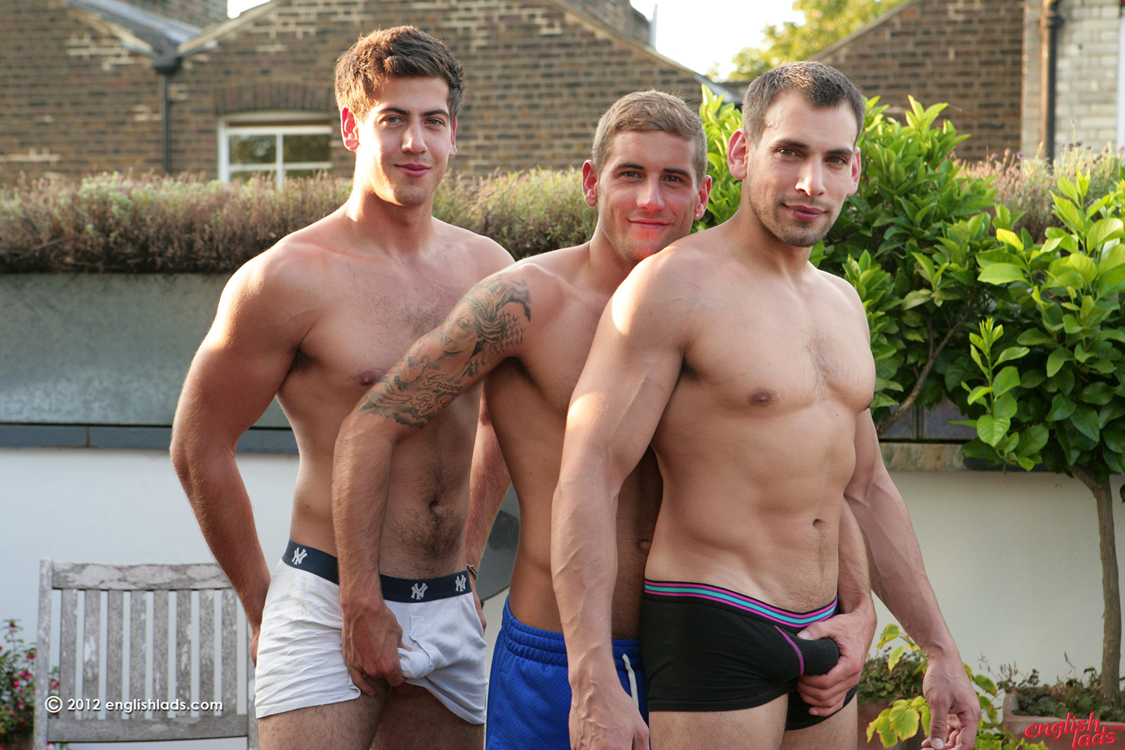 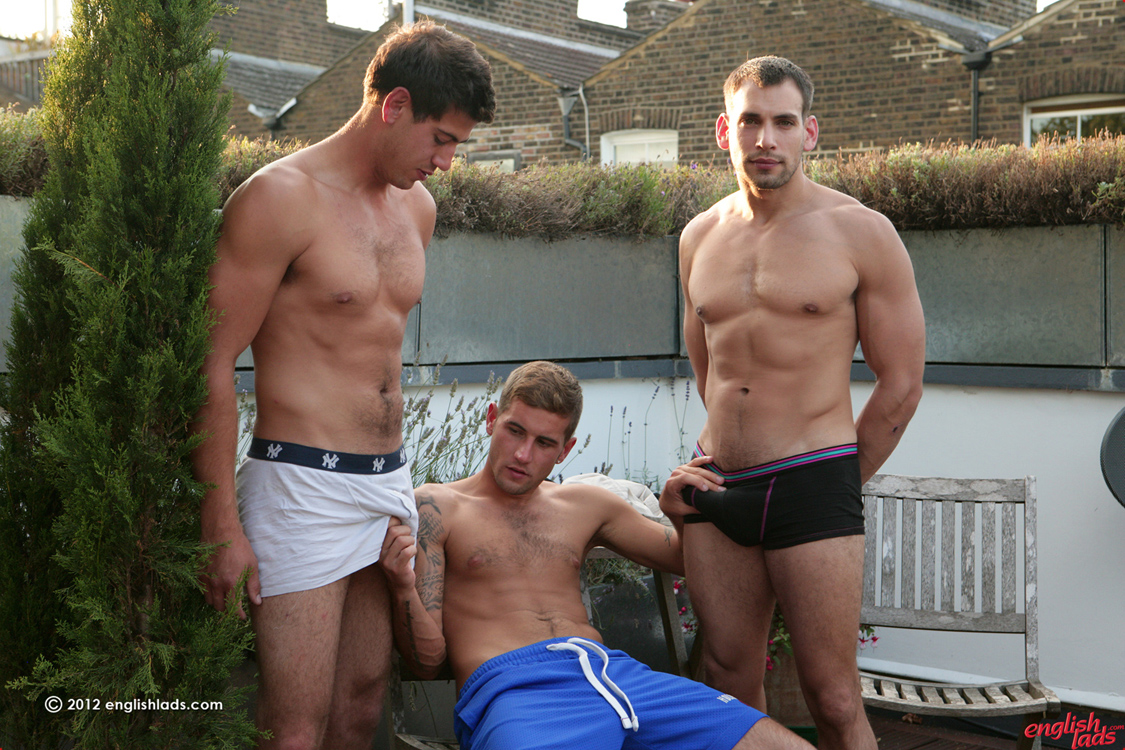 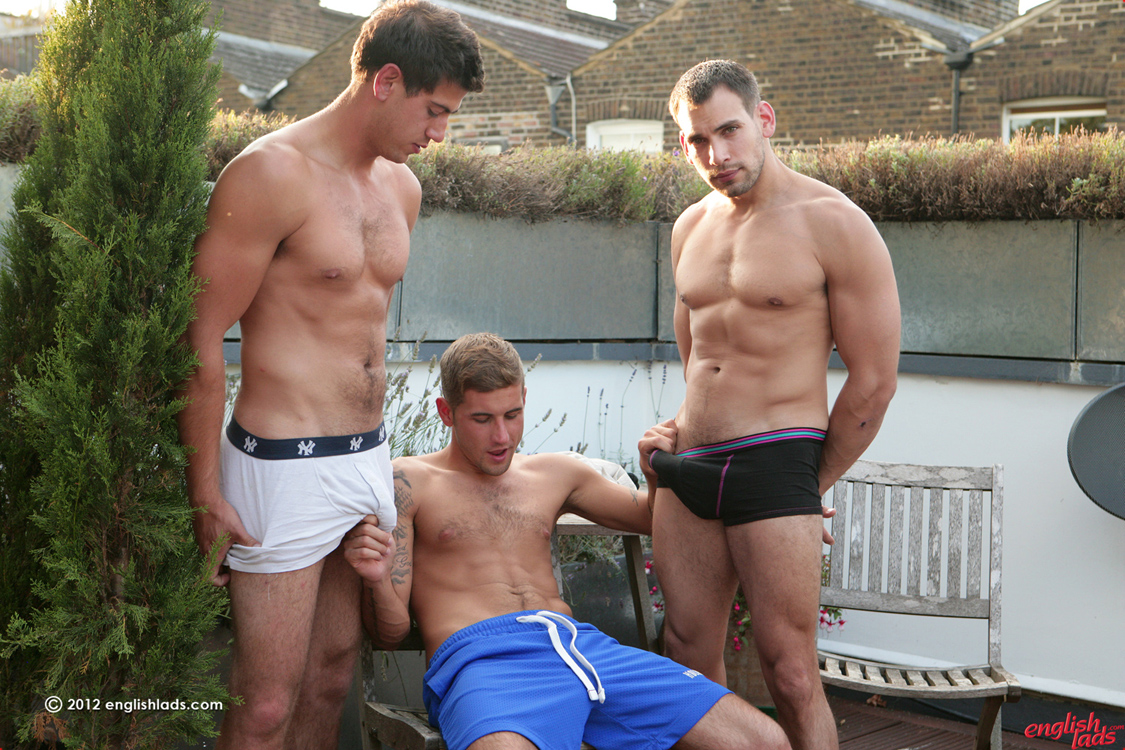