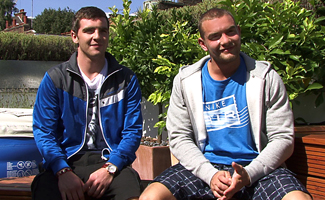 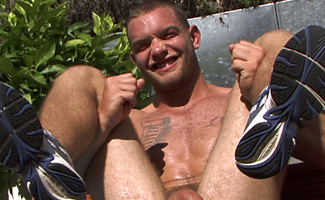 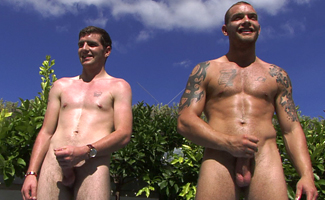 Its not every day that brothers wank off next to each other; today Andy one of our popular straight models brings along his brother.! Brother Paddy though is less of an exhibitionist and as they strip off you get to see all the differences! They are very close from sharing beds when young; as they strip its obvious one is tall and muscular and one is tall and slim. Both are defined, Andy with big muscles and Paddy has one of the hardest cocks I have seen in a while! From the minutes he drops his boxers, strokes it a little and its sticking straight up at the sky! Brother Andy has such a big one the amount of blood needed to make it stick straight up to t he sky means the rest of his body is blood deprived and he has goes dizzy! The lads are just great together, one shy one showing off and Paddy has the hardest erection and shoots a nice load; Andy has a whopper and just has a cock like a firemans hose; he cums unbelievable amounts!