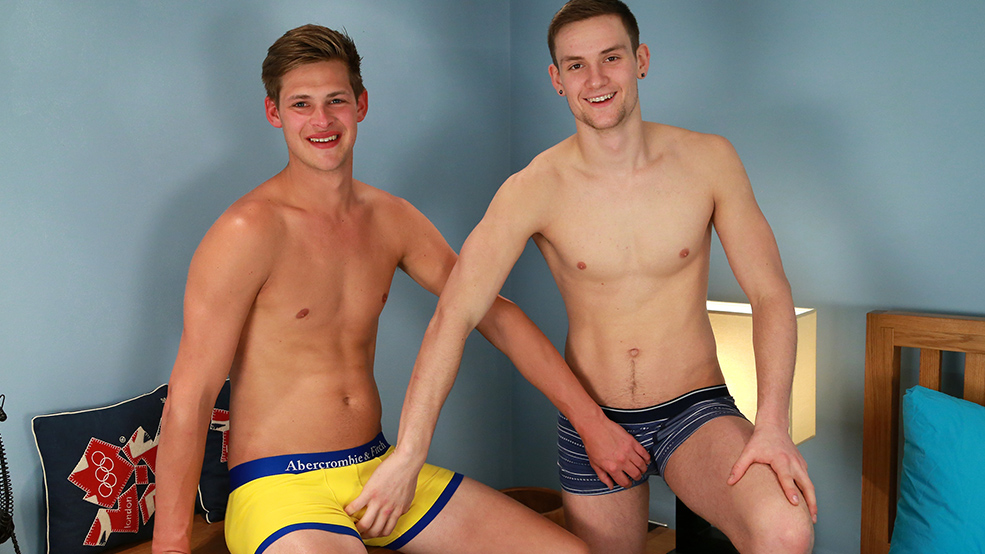 Joel is a sexy young welsh guy, when he did his first shoot he was reluctant to do more, but he has gradually warmed to the idea and so we've put him together with chirpy young Jack to fool around and get to wank his first cock! Both Joel and Jack are tall, masculine guys and both of them have a rather impressive meaty uncut cock between their legs! The guys strip off and take turns to massage each other, before long they are comparing their cocks by pressing them together, showing off their bums, and wanking each other with enthusiasm! Joel shoots first - Jack wanks him off, and then they swap, Jack gets wanted off by Joel - both meaty cocks unloading a good splattering of cum!