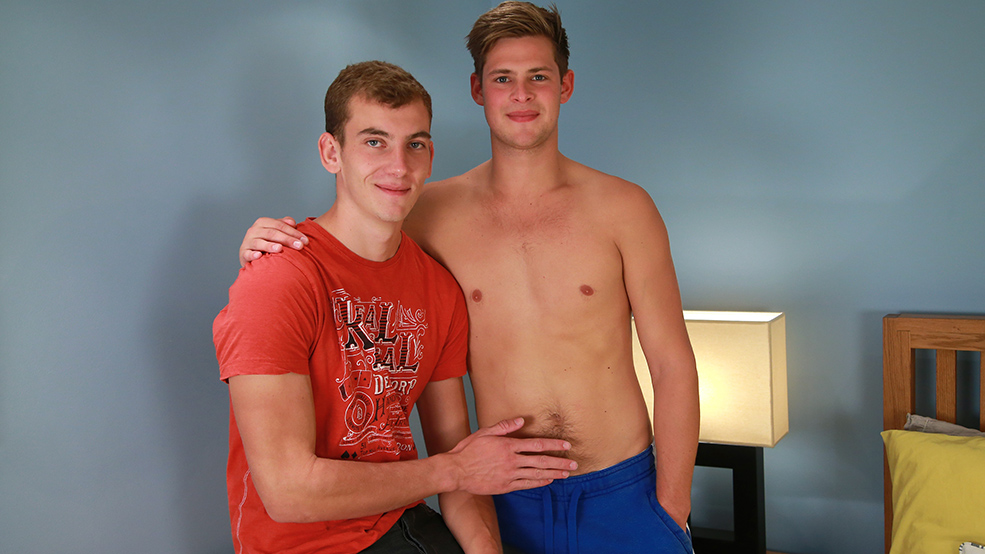 Jon is our new lad, and we've plunged him straight into the deep end with this shoot - he gets fucked by Jack and his enormous cock! As a gay lad, Jon looks totally into the scene, and it moves at quite a pace, as soon as the pants come off both lads are sucking and wanking each other and there are two very large uncut cocks being played with! It's not just Jack who is massive, Jon is too - very long and very thick, so although Jack tries to deep throat him, it would be a challenge for anyone! You can see that Jon is keen to get Jack inside him, so he gets lubed up, and puts a condom on Jack with his mouth. Then Jack slides every inch into him, and starts fucking him really hard. Jon cums so much that he's virtually covered by it - I think he got turned on by Jack! Then Jon goes down on Jack to make him shoot his load. Great shoot lads!


This content is more than 5 years old and you need an "All of EL" membership to view it.