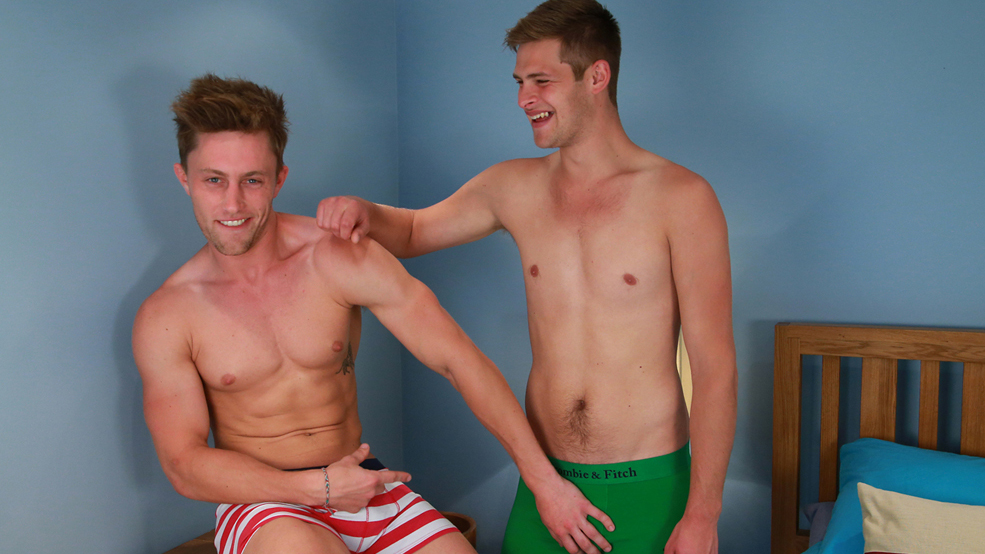 Straight lads Jack and Cameron have been in plenty of shoots so far, but I don't think Cameron has ever taken a cock as big or as powerful as Jack's before. Jack is a well hung guy - and it totally at ease messing around and fucking other guys. Cameron is relatively new to bottoming so needs a bit of relaxing into the role - the two kiss and play with each other's cocks, sucking each other's uncut cocks to get hard before Cameron bends over to get lubed up, then sits on Jack's massive one. Cameron gets done from underneath and behind, the lads kissing as they go, before Jack shoots his load over Cameron, followed by Cameron shooting over himself. Well taken, Cameron!

This content is more than 2 years old and you need a "Last 5 Years" membership to view it.