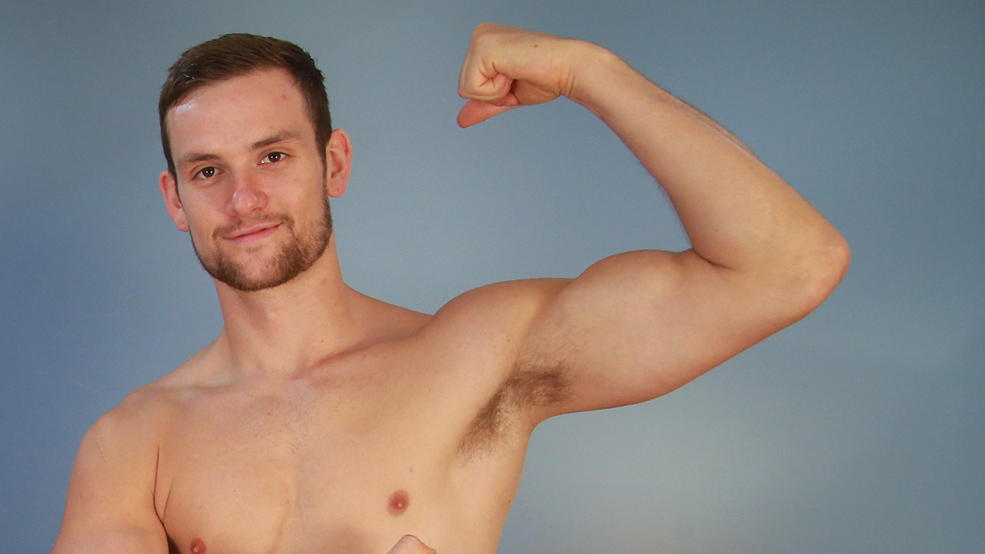 Joel Jenkins has modelled for us many times, but he was previously reluctant about doing too much contact with guys, however for this video we've paired him with Dominic Moore - who has a way of relaxing straight lads and getting them to play a bit! The two guys show off their bodies and strip off - their uncut cocks getting hard - Dominic grabs Joel's big one and the two guys lay back and wank each other - two massive thick cocks being wanked, they're really into it, pressing each other's cocks together, comparing, showing off their asses, then they lay back and Joel shoots first, a sticky mess over his abs, followed by Dominic, making a similar mess - looking great!


This content is more than 2 years old and you need a "Last 5 Years" membership to view it.